Xiaomi’s flagship killer of 2019. It’s also the most premium phone under the rather budget-oriented Redmi sub-brand.

Camera samples from the K20 Pro can be seen below:

Check out our K20 Pro video review below: 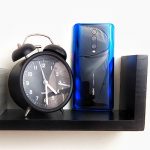 Xiaomi 11 Lite NE price in India revealed ahead of launch